Is the Brother Scan And Cut DX the right machine for you?

The Scan N Cut DX is a 12 inch cutting machine with a difference. Only Brother ScanNCut machines have built in scanners, broadening the range of projects you can complete.

Cut vinyl or HTV, cardstock or paper – there are hundreds of materials it can work with, up to a max thickness of 3mm.

The newest machine from Brother Craft has some big improvements and updates on the Scan N Cut 2 CM350.

The scanner on the SDX125 is the biggest point of difference when comparing this machine to the Cricut or Silhouette machines. It means you can scan in your own images and convert them into cut files directly on the machine.

The Scan And Cut DX has a large 5 inch LCD touch screen where you can create and edit SVGs without the need of your computer. That’s one of the benefits of the DX – you don’t need a computer to use it!

This machine comes with hundreds of built in designs and fonts, and comes with free access to the Scan N Cut software/app for computer and mobile. It’s called CanvasWorkspace, and has all the design features you’re going to need.

Another special feature of the Scan And Cut DX is the Auto Blade – the machine will automatically detect the thickness of your material and cut it out appropriately. No more setting the material on your machine or computer, and no more test cuts!

Similar to the Silhouette Cameo 4, the Scan N Cut has a built in roll feeder which means you are not limited to 12 x 12 inch designs. The machine can cut lengths over 5.5 feet long! You will need to buy the roll feeder attachment separately.

For those who are sensitive to noise, this newest machine is much quieter than previous models like the Scan N Cut 2. The whole mechanism has been redesigned to be whisper quiet.

The DX also has a writing and embossing feature. It has a single carriage for holding one tool at a time – switch tools out when using multiple in a single project.

When buying the Scan And Cut DX, it comes with some accessories. This includes a black pen and pen holder, the auto blade and blade holder, a 12 x 12 standard tack cutting mat, touch pen (stylus), accessory bag, spatula, and a getting started guide.

Brother Scan And Cut Vs Cricut

Of the two most recent Cricut machine, the Scan N Cut DX is most similar to the Cricut Maker (rather than the Explore Air 2).

The two cutting machines are a similar price, though the Maker is more often on sale and can be picked up a bit cheaper. Here are the other big differences and similarities as we see them.

The Scan N Cut has a scanner, a built in roll feeder (purchased separately), the ability to do matless cutting, material thickness detection, cuts up to 3mm thick, in built designs, memory, and an LCD screen for design and editing. The Maker does not have any of these features.

The Maker, on the other hand, has:

The Maker has a cut depth of 2.4 mm, so if you were planning on cutting thicker items, the Scan and Cut would be the better choice.

Of the two most recent Silhouette machines, the Cameo 4 is most like the Scan N Cut (over the Cameo 3).

The Cameo 4 is available in multiple sizes, but the comparable 12 x 12 inch machine is quite a bit cheaper than the ScanNCut DX.

As we’ve pointed out, the Brother machines are the only craft cutters to contain a scanner, so that is the biggest point of difference. The fact the they also have built in memory with hundreds of designs and fonts loaded in, is another thing to keep in mind.

The Cameo 4 does has a built in roll feeder and a blade detection feature as well. It can also be purchased in the larger sizes of 15 or 20 inches. It has a dual blade carriage, similar to the Cricut Maker.

So should you get the Brother Scan And Cut DX, the Cricut Maker, or the Cameo 4?

The price, features, and what you want it for will all come into play when making a decision. Think about whether or not you will actually use the scanning feature. Check out the video above and see what you can use it for. If you don’t think it’s a feature you will likely use, perhaps the Maker or Cameo 4 would be best.

Join the Brother Scan N Cut DX Facebook group and see what everyone is making. You can ask any further questions you might before taking the leap as well!

The Brother Scan And Cut SDX225 machine is the premium model.

The RRP is twice the price of the SDX125E, but it does have the extras you would expect. The biggest ‘extra’ with the SDX225 is many more inbuilt designs. All up, there are at least 1303 total built in designs, compared with the 682 in the cheaper model.

Other benefits and increased functionality include:

This machine is definitely the better option if you’ve got the money! 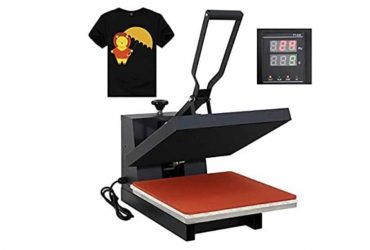 Without a doubt, Cricut Printable Vinyl is one of my favorite products.   I mean, …
September 7, 2018
More